RemoteSign Sequencer had nine counters, C1 through C9. These have now been extended to 100 variables that can also be text, percentage, color types in addition to the original numeric type. A variable, is a value that can be changed to have different values at different times.
The values of the variables can still be inserted into commands using the same macro syntax as used by counters before.

You can use the (renamed) system command "Variable" to adjust the values of any of the variables. (This command used to be called "Counter".) 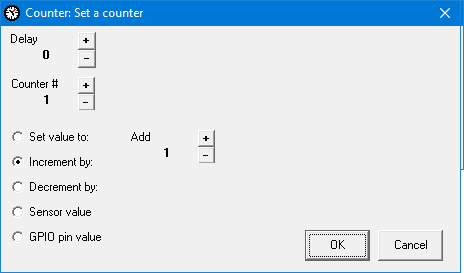 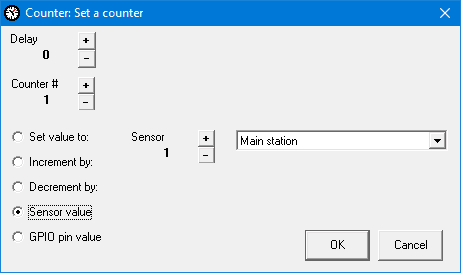 Every time the value of a variable changes, RemoteSign Sequencer will keep its value on disk so that it will still have that value next time RemoteSign Sequencer is run. If you wish to always have a counter start at a certain number, simply set the desired value when connecting, or in response to a sensor input.

The value of each variable can be sent to any connected RemoteSign using a Variable Macro.
The values of the variables can be viewed in the Variables screen in the File menu.

See also:  IF and Variable macros