The functionality of RemoteSign ESP devices has been vastly extended by adding the capability of defining new types of channels. Previously these devices supported a screen and some sensors, essentially just two types of channel, and no way to redefine them. It is now possible to mix and match a multitude of channels on each device, including new channel types that allow the control of train signals, traffic lights, animated lighting effects, RGB color lights, and more!
For example, you may want a module to drive eight lights in houses as well as sense three pushbuttons to trigger different light sequences. You could define eight monochrome light outputs and one sensor channel with three pins for input.
Another example may be to drive a road traffic light complete with pedestrian crossings (and button inputs).
...or five 2-aspect signals... etc.
See the new {DCH} command for details on the channels that can be defined.
RemoteSign Sequencer has also been updated and provides a user interface for defining channels using the {DCH} command and also corresponding signal and lighting effect commands.
See the Version 3.5 announcement for new RemoteSign features

Documentation of how to set up Rocrail layout control software to update RemoteSign screens has been provided by Dirk Verbrandt in English and Dutch.

Support for the display of images has been added

RemoteSign Windows, RemoteSign Sequencer now have support for displaying images! There is a new {IMAGE} command.
The DB program has also been updated and takes advantage of this ability to display a logo that corresponds to the data source being used for the arrival and departure data. 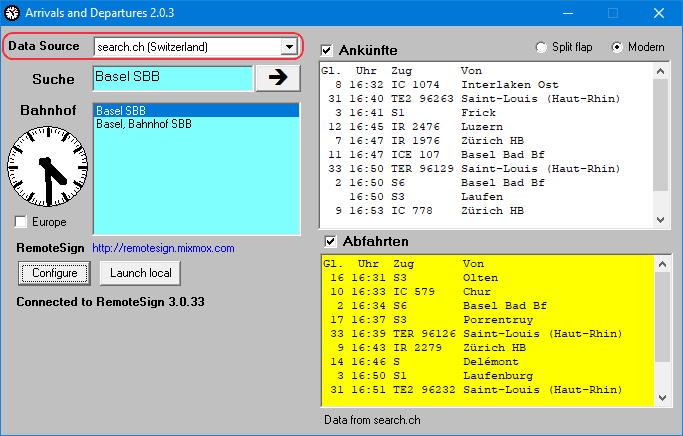 Read all about version three here!

There was a problem with the page for ordering

Found that PayPal made a change and the form for ordering ready assembled RemoteSign ESP signs was not working. If you were trying to order some, please try again!

I have tested the WEMOS D1 mini  processor with the RemoteSign ESP software and it works. So you can use either an ESP8266 or the smaller version of the same processor. The D1 mini has a smaller board and comes without pins, which can make soldering wires to it a bit easier.

A new sample file has been added. The scripts generates a 30 minutes cycle of bus departures from Pontresina, with buses departing every few minutes 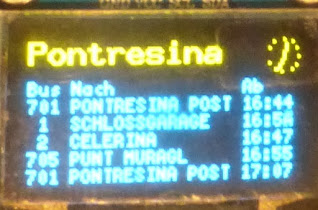 (screen looks fuzzy because the protective film is still in place)

It is called BusStop.ini and gets installed as part of the RemoteSign installation. You can edit the name of the bus stop and all the bus numbers and destinations in BusStop.txt !

RemoteSign and Sequencer now support the ability to specify which rows should shift when using the {SCROLLUP} and {SCROLLDOWN} commands.

This makes it much easier to produce screen with schedules, such as train departure boards. When a train departs, the rows below it can be made to scroll up without disturbing header rows, column headers, etc.

Sequencer can now use text data from an external data file at run-time!

Scripts can pull in data from an external source, allowing easy updates to screen content by simply editing the text file. (Sequencer v1.3 and above)

If you don't want to write your own scripts, you can use our script writing service

A small helper program allows you to trigger scripts from other software!
See the demonstration file of scripts in Sequencer called RSRelayDemo.ini

New page describing how one can automate screen changes

Until firmware version 1.3.2, animated rows would slide up from below as a form of animation, but I am now proud to announce that animated rows will actually flip each character like the split flap signs and the Windows version of RemoteSign!

You can update your RemoteSign ESP using the {OTA} command

A new RemoteSign command has been added - it forces a screen to show the whole displayable area which is useful when installing tiny RemoteSign ESP screens. You can now measure the height and width and also see the exact center lines on the hardware. Update your RemoteSign ESP to add that capability using the {OTA} command.

A new feature in RemoteSign Sequencer makes it very easy to connect to RemoteSigns on the network! 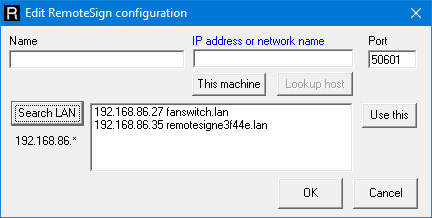 Step by step instructions on connecting Sequencer to RemoteSigns

For those who are not familiar with computer network addressing, there is a now a hot link in the RemoteSign configuration dialog in Sequencer 1.1.30 which takes one to a page describing the steps.

RemoteSign on Windows version 2.6.7 now also displays the network host name to make it easier to find out what your computer is called. 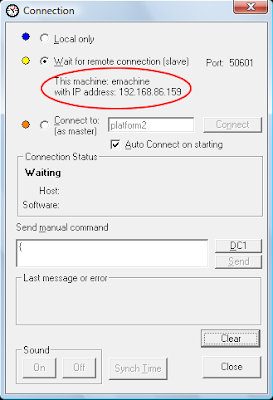 RemoteSign can now have no clock displaying

Both RemoteSign ESP and RemoteSign Windows can suppress the display of the clock using a new {CLOCK} command option 'N'. Scrolling text can also now be used on any row (was previously kept from the first row because of the clock.) Scrolling text now avoids all clock formats (Digital/analog/none).

A new 'If' command has been added, which allows conditional branching on counter values. This adds a new level of sophistication to the scripting abilities! 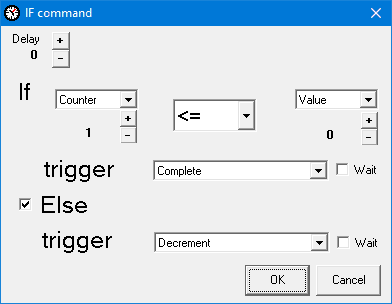 RemoteSign Sequencer now lets you manage the values of nine different counters. Each can have their values set, or incremented or decremented and can be sent to any RemoteSign using the new counter macro. See sample file DebsDeli.ini for an example.

Version 2.5.9 of Windows RemoteSign has a new feature that lets you define dynamic times!

Three sensors are provided, allowing information to be relayed back to the driving software. Simply connect pins D5, D6 or D7 to the ground pin (G) of the ESP8266 board via a switch or digital accessory decoder to trigger the three sensors on or off. The RemoteSign will send {S} commands back to the connected software whenever the sensors go on or off. This allows push buttons or even a digital control system to request different screen content!

Existing devices can be upgraded over the air using the {OTA} command! 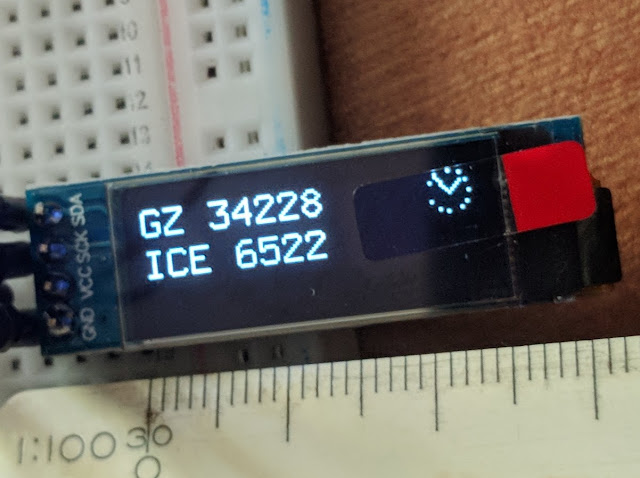 and you can order one here!