RemoteSign is a versatile set of programs that displays signs that can be updated remotely over a network (or internet).

A single copy of the Windows version can also be used by itself to display a sequence of signs. Sound files can also be played and sequenced! See this overview for the different types of configuration possible.

A central feature of the sign is its ability to display the mechanical type of signs found in railway stations and airports in an animated way. This allows you to create working digital departure and arrival signs on a model train, airport or bus dioramas, etc.

A combination of 'header' lines and animated lines can be configured

Up to 40 lines can be displayed. The number of columns depends on the aspect ratio of the screen, but typically 25 lines will display 40 columns

The sign can also be controlled from other programs using a simple set of commands that are sent over TCPIP. This allows, for example, software controlling a model train layout to display the arrival and departure information as well as play sound effects as events happen on the layout. A powerful dedicated sequencer is also available that will control multiple RemoteSigns simultaneously. 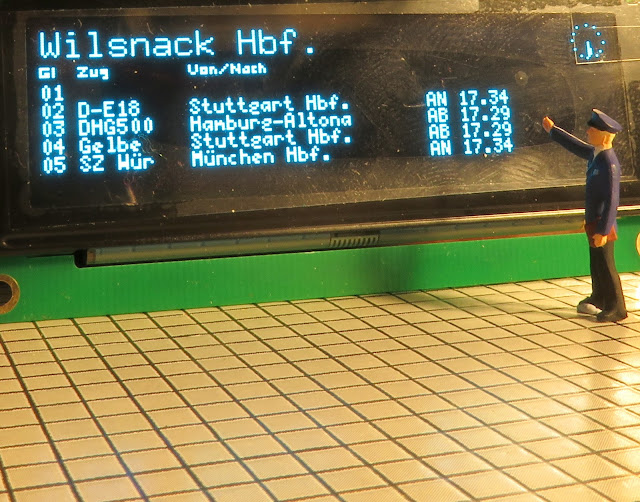 A customizable analog clock can be displayed. 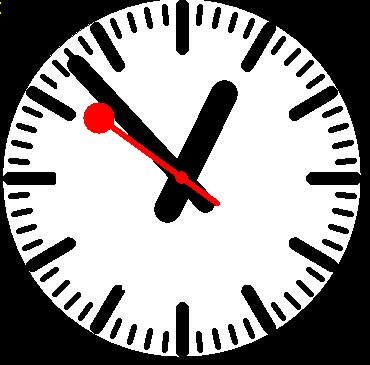 You can also run it as a fast clock!

Go ahead - download a copy now and try it out !

If you like European trains, there is now also a program that shows long distance train schedules in real-time!

The mechanical signs are known by the following names: